Recollections with her descriptions of the operation of the warehouse owned by her father, Hugh McNary Finley

Edna Finley Buchanan’s memories of her childhood in the Irish Bend area are part of the Benton County Historical Society’s collection.

Edna was born on February 17, 1876 to Emma and  Hugh McNary Finley. She had an older brother, Ross, and two younger siblings, Ada and Perry. After schooling in Irish Bend, she graduated from Oregon Agricultural College (now OSU) in 1895.  She taught school in Corvallis until she married John Buchanan in 1907. She died in 1962.

Before she died, Edna recorded her memories of her childhood.

“Our home was on the lowlands of the Willamette River and near its junction with the Long Tom river.  When swollen by heavy winter rains and both streams would rise at the same time a real flood occurred….As little children, without responsibility, the experience was exciting.  The rowboat traveling between house and barn manned by Father and George Houck was a happy experience.  We rode over the yard fence, saw venturesome chickens rescued from water into which they had fallen and placed on the roost once more; sheep, caught on low ground were picked up and rowed to safety; hogs whose pens were invaded by water at one time, were saved by being lifted to the roof of the pen through a hole cut through the roof. Twice I recall the water rose inches over the first floor of the house and at night the rowboat was tied to the newel post in the front hall.  Yes, it was very interesting for children.”

“My brother [Ross] and I played happily together.  Down near the river in a clump of trees was located the open air barn which housed our horses, stick horses.  They were mostly hazel or willow switches, carefully decorated with a jack knife. Some were striped, some natural, while on others the lines were cut diagonally. A cord furnished the harness, and astride these horses, we traveled many miles.  All were named and we knew them on sight.” “Jerry was my best trained animal—trick horse…Ross’s favorite horse, a willow stick tinted red, was named Red Donattus from a character in a Chatterbox story.”

“I preferred playing with the dolls but sometime I was forced to make a bargain– exercise the horses first- then my partner was willing to play my game with the doll colony.  These dolls were about 3 inches in length, developed from a small roll of cloth.  A smaller roll fashioned the arms.  Boys had legs, girls none.  Some were fat and some lean but after a visit from a very short, round Methodist bishop, the colony was increased by one roly poly member named Bishop or Chub. Also some were black and some white but use withdrew the color line and all became one race.  Ability to sew by hand was a necessary art in the manufacture of new colony members, one seam up the back and the arms sewed on completed the work.  No sewing was necessary in clothing them as a piece of cloth with holes cut for arms was all they required…..

“Penciled lines, eyes, ears, nose, and mouth gave personality so we were able at a glance to distinguish each and call them by name though the colony at one time numbered seventy individuals.  A young uncle felt sure he could confuse us on the names of the dolls and one day made it a test case.  He would  hide a handful of them behind his back, pull them out individually and call for the name.  We never failed in reply and correctly.  I should know Chub today if I saw a little fat roll of checkered wool cloth dressed in a red calico jacket. The colony was at home in pasteboard boxes of various sizes, piled in tiers.  At times they grew tired of life in one place and moving was considered essential.  That was a day of joy! In winter they migrated from one part of the living room to another thanks to an indulgent Mother.  But in summer! There was a favorite sport under a large oak tree where cave life was attractive….

“When this location lost its charm, there was the Pretty Place.  This sport was in a grove by the river side where the tree roots under water in winter were lying exposed and moss covered.  Here the colony had ample space to expand and that afforded a real change for us.

“At an early age Ross read the Youth’s Companion with its stories from history, pioneer days in the west, Indian wars, and stories of the Revolution.  As the mood seized him, the colony was prepared for battle.  George Washington leading his troops never lost its charm. These soldiers were armed with swords and hatchets, thanks to Mother’s paper of pins and the plug tobacco company trademark, a little tomahawk….

“When the neighboring children came to visit us, the warehouse was always the attraction. No better place in the world to play Hide and Seek, as the building rested on large blocks where small people could hide until time to make the rush to get in free.  A big oak tree was the base….

“Then there were the three large bins that held the unsacked grain which distributed over the floor to a depth of a few feet made an excellent landing spot….We would climb a ladder in the elevator room, go out on a platform and make the plunge into the cool wheat, run around through two big rooms, climb the ladder, go out on the platform, and jump into the cool wheat, and then run, etc., etc., again.”

Edna Finley Buchanan also recalled the operation of the warehouse, which will be the subject of the next post. 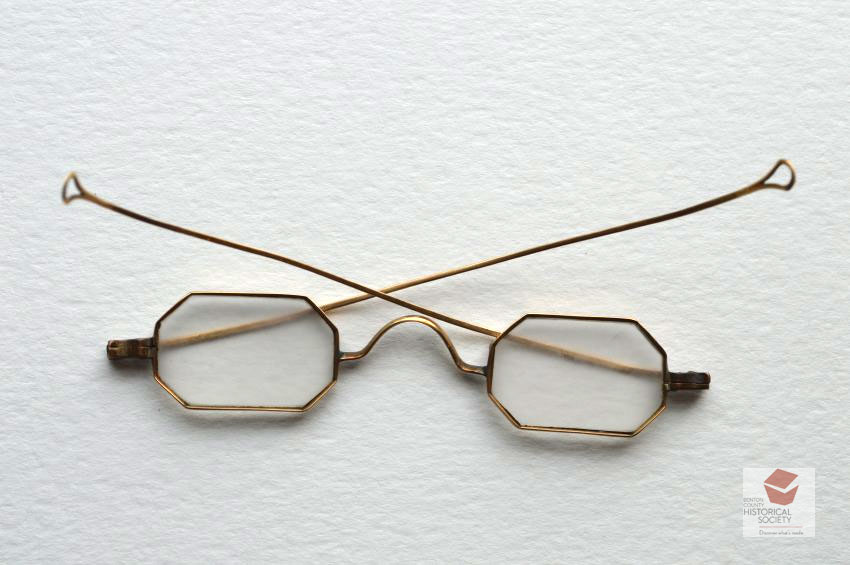 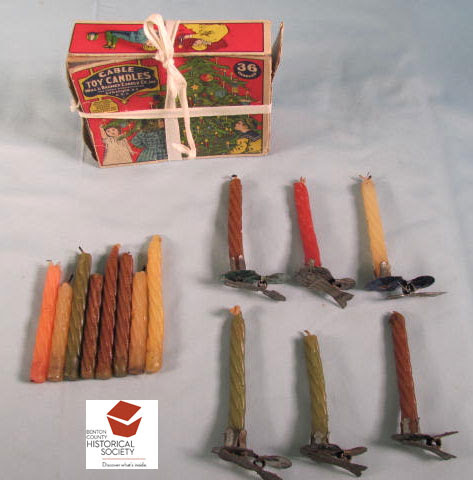 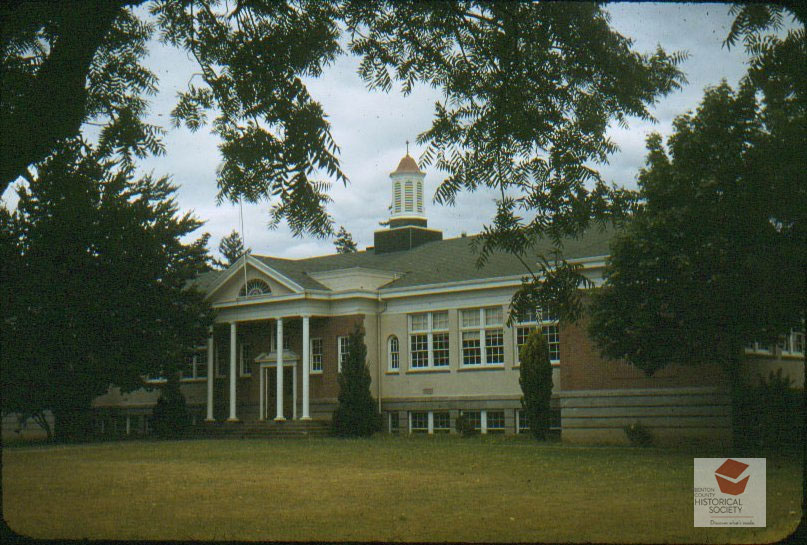 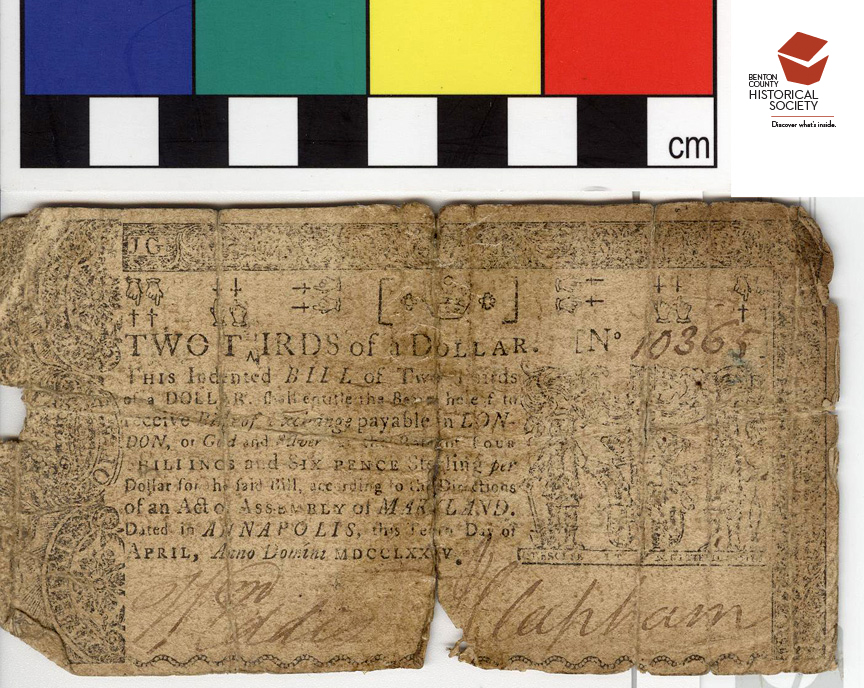