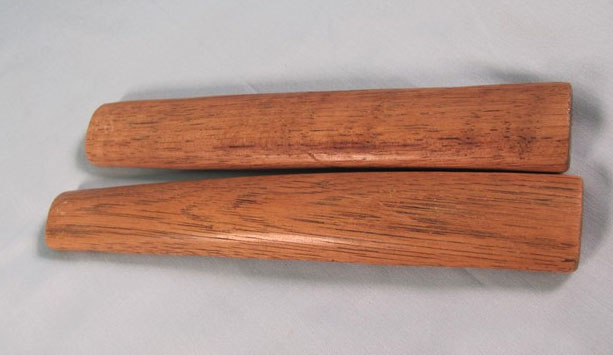 Recently, I attended a concert by the Antiquity String Band at the Benton County Historical Society's Corvallis Museum. I had a good seat to watch the percussionist, Gregg Gorthy, play a variety of “folk” instruments such as the washboard, an anvil, and spoons.

In addition, he “played the bones.” That is, he played an instrument like this one from BCHS's collection.

These rhythm sticks have a long history. Some are depicted on ancient Greek pottery. In early times, they were made of bones, typically ribs. Now they are made of wood given a slight curve, like that of the bones.  The museum's “bones” are made of oak.

The sticks are held between the fingers with the convex sides facing each other. A twist of the wrist causes the stick to knock together.  This type of stick has been used to create a rhythm in many different musical traditions:  Irish and Scottish music, bluegrass, zydeco and others. 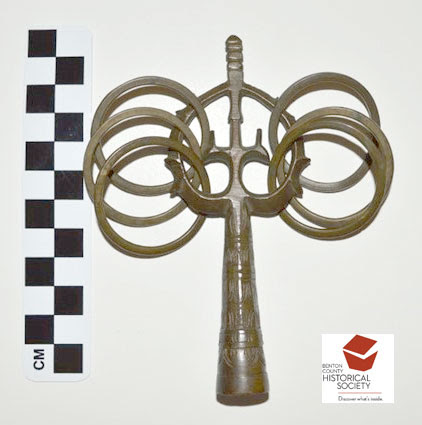 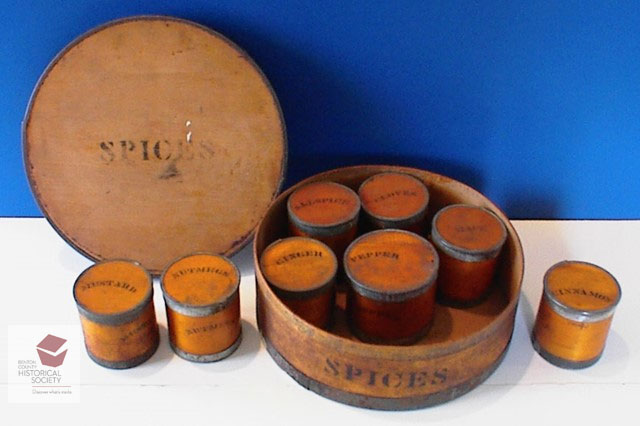